If you’ve ever dabbled in the world of competitive shooting, or even looked at it on YouTube, you’ve probably come across 3-Gun.

But, what exactly is 3-Gun?

To find out, I sat down and had a talk with Chase Carter, a friend of mine who shoots competitively in the Central Texas area. Here’s what I’ve learned. 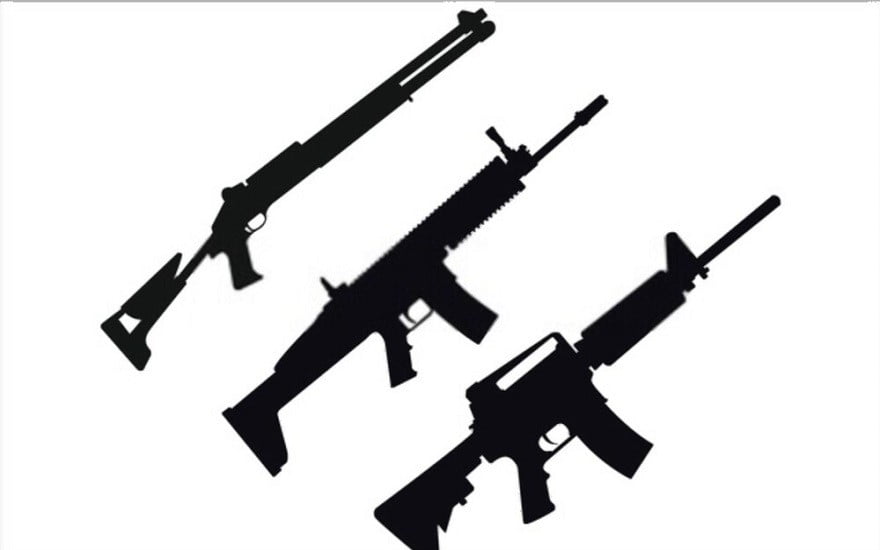 To get to the bottom of things, I asked Chase to explain 3-gun to someone who had no idea what it was.

She said to “think John Wick,” but with targets on a range. In fact, I learned that many of the action sequences in the John Wick movies were directly inspired by 3-gun.

“Basically you will have a pistol, a rifle, and a shotgun; for each course of fire, when it's your turn, you will step up to the start line, wait for the start buzzer, and then engage all the targets... running, reloading, and switching guns as necessary. The goal is to be as accurate and fast as you can be while still being safe.”

Generally speaking, the competitor who hits the most targets in the quickest time wins. Sometimes there are additional rules or special “no-hit” targets to avoid, and those will affect a competitor’s score too. Targets may include clay pigeons, paper targets, steel targets, and whatever else the match organizer sets as a target.

In addition to hitting the required targets, you also have to be firing from a specific spot on the range, so there’s a lot of running around involved in 3-gun. You also need to be accurate. So if you’re using a pistol in Open Division, I’d recommend equipping it with a red dot. To find the best red dot for your pistol, click here.

The action in 3-gun is fast and exciting. Competitors run from point to point, sometimes grabbing their rifle or shotgun off a table or from a bin and engaging targets on the move. Even as a spectator, I had a great time at the 3-gun match I went to.

That’s actually the best way to really get a feel for what 3-gun is all about. Check your local club for events, or hop on YouTube and watch some 3-gun competition.

What’s the Best Thing About 3-Gun?

Chase told me that her favorite thing about 3-gun is the variety of different shooting skills that it uses.

“...Even within each gun type you will often get to do different styles of shooting. Using rifle as an example, you may do some fast run-and-gun bullet hosing at near targets, and some more careful standing 50 yard shots, and some precise 500 yard shots supported on a barricade.”

Those all require different skill sets and mastering them all can be extremely rewarding. They also require different gear. You’ll want to choose optics and accessories that help you out at multiple distances.

Plus, the course setup, location and number of targets, and sequence of firearms will vary from match to match. Every time you compete in 3-gun, it’s going to be a new experience.

What Does Someone Need to Get Started?

According to Chase, the most important thing someone needs to get started with 3-gun is good gun safety skills.

“3 Gun is more complicated than most other action shooting formats; you have more weapons platforms, more transitions between them, and potentially more complex stages, so there's more mental load there which threatens to push safety fundamentals to the side... which is why those safety fundamentals need to be instinctual.”

In fact, Chase started out competing in USPSA pistol competitions. These taught her the skills to literally run around with a loaded gun and still be safe the whole time. Soon after, Chase started competing in carbine matches as well and then progressed on to 2-gun and 3-gun shooting.

Then there’s your equipment. “Obviously you need access to a pistol, a rifle, and shotgun,” she told me, but she made sure to mention that you don’t have to own all three. If you have a friend who wants to share, that can be a great way to try out the sport before you invest a lot of money.

It’s also important that all three of your firearms are properly zeroed. “This is mostly an issue for rifles,” Chase told me. “It's not uncommon at some matches to have rifle targets from 50 to 600 yards, and if you have a bad zero, or don't know what range you're zeroed at... you're gonna have a bad time.”

So, it’s definitely worth spending the time to get a proper zero on your guns if you want to do any kind of competitive shooting.

Some clubs and rulesets will place limits on the gear you can use, but generally speaking, you’ll need a good gunbelt, sling, and a way to carry all 3 types of ammo/magazines (about 30 rounds for each gun.) Besides that, it’s always good to have some gun oil and tools for basic maintenance handy, just in case.

What Would You Tell Someone Who is Curious About Trying 3-Gun?

Chase said that she regrets not trying 3-gun sooner.

“I held off from getting involved in 3-Gun longer than I should have because I wanted to have really competitive equipment and be competitive from the start. But no one expects anything from a newbie,” she said. “If you're confident in your ability to handle the firearms safely, I'd just jump in and try 3-Gun with the equipment you have.”

So if fast, competitive run and gun action sounds like your kind of party, and you feel confident you have the skills to do it safely, why not give 3-gun shooting a try? The best way to jump in is to find a range near you that hosts 3-gun or other competitive shooting events and give it a try.

You can also find local pistol shooting events on the USPSA website if you want to get started there.

Richard Douglas writes on firearms, defense and security issues. He is the founder and editor of Scopes Field, and a columnist at The National Interest, 1945, Daily Caller and other publications.