Home / Generator / 7 Tremendous Benefits Of Propane Generators You Should Know

When catastrophe strikes, it helps to be well prepared, especially when it comes to keeping your home up and running. A catastrophe can be many things, a freak storm, a power outage, or total disruption to the grid in your area and if you aren’t well prepared with a generator what can you do? 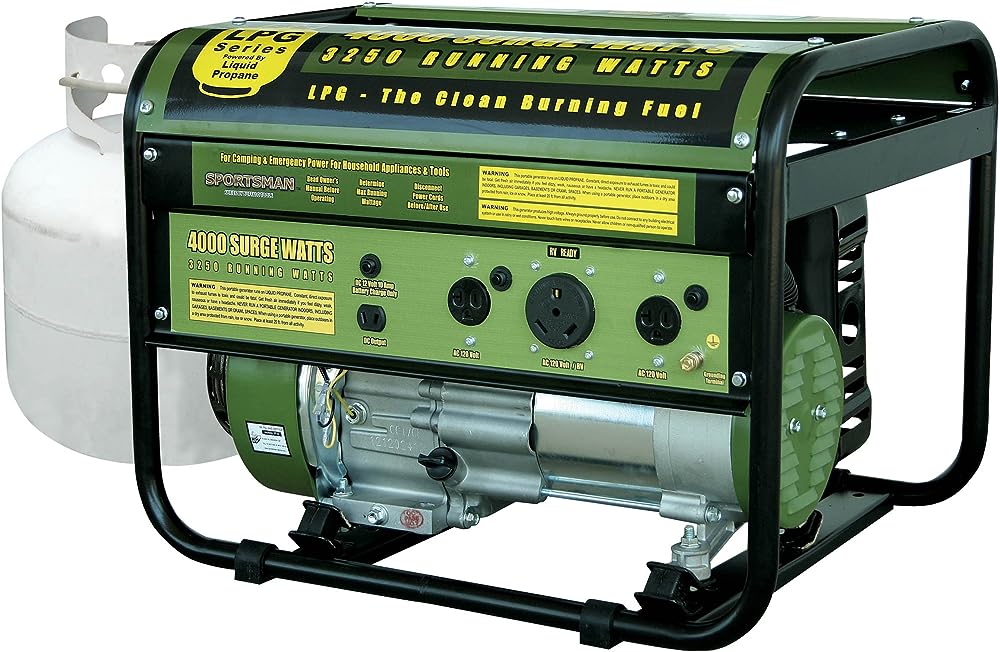 The thing with generators is that you always need it ready to go at a moment’s notice and that means that you also need to be able to store fuel. A lot of people don’t know this, but gasoline actually degrades when you store it and the longer you store it, the more degraded it can become.

When you switch to a propane generator, you no longer have this problem as it can never go off, degrade and become useless. This way, even if an event doesn’t happen for 5 years after you’ve bought the propane, you can be sure it’ll still work.

Easier To Buy And Store

One of the tremendous benefits of propane is how easy it is to buy and store. When you purchase propane, you’ll either buy a cylinder that is already full, or they will fill the cylinder that you brought with you. Propane is stored in a different way to gasoline, so even when the taps are turned off at the pumping station for gasoline, you’ll still be able to get propane as the two systems run independently of one another.

One of the big things about gasoline generators is the need to service and run it regularly to make sure that it starts. If you don’t do this, you’ll find that in your hour of need, your generator won’t start. This is because of the carbon deposits that gasoline leaves behind in the system, making it difficult for the engine to kick over if it hasn’t been maintained.

Gasoline generators don’t have this problem as burning this fuel doesn’t release carbon deposits. You are left with a generator that is easy to start, even in the harshest of conditions that doesn’t require as much maintenance as a gasoline generator.

This also means that propane generators last longer than gas ones as they don’t suffer from carbon deposits. However, unless you have a good working knowledge of how a propane system works, they are harder to work on and maintain than their gasoline counterparts.

Better For The Environment

When you burn gasoline, it releases a lot of carbon monoxide, on its own, it is a very weak greenhouse gas, but when you release it into the atmosphere, it reacts with other gases to produce carbon dioxide, which has a direct impact on the environment.

When you buy propane, chances are you are buying a new cylinder, or you are having one professionally refilled. Due to the nature of the gas, a lot of innovation and technology has gone into the cylinder and how to keep it safe for their users. The valves that are part of the system ensure that no gas can escape during filing and storage, making gas cylinders amazingly safe.

Propane is a lot cheaper than gasoline and if you have been in a situation before where it seems as though there might be a gas shortage, people profiteer off of this and send the prices sky-high. The cost of propane is cheaper and a lot more stable than gasoline as it isn’t subject to the same supply and demand conditions.

Not only does this mean that you will save money initially when you switch to propane, but it also means that when a power outage occurs, your costs will stay low and you will always have a good supply.

You may think that propane generators are a new technological development that ought not to be trusted just yet. But thankfully, you’re incorrect. Propane generators are well-established technology that has been around long enough for them to become reliable and well understood for many generator engineers.

There is a wide range of availability and different sized systems that you can purchase, to make sure you get the kind of propane generator system that you want in your home. The only thing you really need to consider before you make your purchase is the climate you are in.

One of the drawbacks to propane systems is the fact the regulators can freeze up in especially cold conditions, so this type of system won’t be right for everyone. Before you settle on your generator system, make sure that it is right for the climate that you live in.

When it comes to generators, people often forget or just simply don’t know about propane generators. One of the best things about propane is its wide availability that doesn’t change, even in times of crisis. As it is a natural and abundant gas, there are no supply and demand issues, meaning that you will always be able to access it. It is easy to store, safe, and doesn’t degrade over time.

Furthermore, it is also far better for the environment as it doesn’t release anywhere near as much carbon monoxide into the atmosphere. The only thing you need to consider before settling on your purchase is whether or not your climate matches a propane system as they have been known to freeze in low temperatures.