Home / Travel / Top things to see and do in Baku, Azerbaijan

Azerbaijan’s capital is a perfect example of a mix of modern and old. The 19th-century architecture is harmoniously mixed with a futuristic-looking skyline. With such varying sights, the city has something for everyone. Coupled with this, the great weather makes it a great place for your next vacation stop. And there’s some good news for budget travelers. While this city was pretty expensive once upon a time, it’s now pretty affordable so you can easily visit it without abusing your bank account.

What kind of experience can you expect here?

When I visited Baku, I wasn’t quite sure what my plan was. I just read up on a few itineraries and that’s about it. I was pleasantly surprised by the fact that the place has such a rich history that spans millennia and the influence of every civilization passed through here is evident. Meanwhile, the modern sights and the downright sci-fi looking buildings satisfy the geek in me. I was lucky enough to get an affordable Dream World Travel flight, which put me in a more cheery mood right at the start of my journey.

Also known as Icheri Sheher, it’s definitely one of the best places to start your tour at. One of the two UNESCO World Heritage Sites, it’s basically the heart of Baku and very unique place to tour around where time seemed to have stopped. It has been recently renovated and is a very artful place to visit. Besides, taking a tour of the place will give you a good idea about the rich history behind the city’s current state. There are quite a few historic places, like palace complexes, mosques, and some major historic sites, so go for the guided tour to get more details on them. Other than that there are many cool souvenirs shops, restaurants and of course tea shops.

Located in the Old Town, this medieval-looking tower has a very mysterious history behind it. The structure dates back to at least a thousand years and it is believed that it served as a Zoroastrian temple, before becoming a watch tower back in the 18th century. You can learn more about it via a guided tour of the Old Town, as well as climb up to the top for an awesome view of the surrounding area. Despite its age, it’s quite high, reaching almost 95.1 ft.!

This iconic trio of buildings is what transformed Baku’s reputation from an old city to a more modern metropolitan one. Located on top of a hill and overlooking the bay area as well as the old part of the city, when night falls these three buildings look something out of a futuristic novel. The unique design was inspired by the custom of fire worship in Azerbaijan. The buildings are covered in LED lights that mimic fire when they light up. No matter where you go in the city, you can see these iconic buildings paying tribute to the past of the

The Palace of the Shirvanshahs

Listed as a UNESCO World Heritage Site, it’s a significant historical place that was built in the 15th century during the reign of the Shirvanshah kingdom. The grand palace complex is made of sandstone and is located in the Old Town behind the strong fortress walls that were built in the 12th century, around the time Baku became the capital city. The overall architecture is similar to other buildings in the Old Town, emphasizing on the art and building style of medieval Islamic civilizations. Inside the complex, you can view the palace itself, the mausoleum of King Khalilullah who was buried along with his mother and sons, the mausoleum of a Sufi philosopher and scientist Sayid Yahya Bakuvi, two beautiful mosques, a traditional bathhouse and the east gate called the Murad Gate. I highly suggest that you take a guided tour of the place.

Alternatively known as the Fire Temple, this temple is a prime example of the Zoroastrianism culture that influenced the country. The fire-worshipping religion can be quite fascinating to learn more about so this temple of eternal fire is quite a treat for anyone who likes history. Located in the small suburban area, it’s a popular tourist site. Built around the 17th or 18th century by the Hindu community living in Baku. There are natural gas outlets in the structure which means that wherever it meets oxygen, it lights up. Due to this phenomenon, it became a sacred place for the Zoroastrians. Built in a pentagonal shape, it’s quite a mysterious place to visit.

A popular shopping district where you can simply stroll around or buy awesome souvenirs. This 3.5-kilometer long street is named after the former Azerbaijani poet, Nizami Ganjavi. I found strolling through here a fun activity because as you make your way, you’ll notice the architecture change from one style to another. From gothic to the plainer newer style, it’s like walking through time, witnessing how different culture helped in making the city for what it’s today.

A more laid-back place where you can relax at and just enjoy the lovely weather. It’s one of the must-see attractions in Baku so make sure you view this beautiful square formerly known as Parapet. There are several fountains in the area that stretch from the eastern walls of the Old Town to Nazami Street. There are many bars, cafés, and even restaurants here with open-air terraces so when you like the weather, consider relaxing here.

Visiting different museums and discovering new and unique artifacts and exhibits are one of the many joys of traveling. And with a history as rich as Baku’s, you should definitely take time to visit their many museums. The Museum of History will give you a nice overview of their past. In fact, it houses more than 300,000 artifacts and is considered the biggest museum in all of Azerbaijan. Another cool museum is the Carpet Museum. It was established in 1967 and it’s the first of its kind. The building is made to represent a carpet being rolled and inside you’ll see lovely patterns and the significance of carpet weaving in the history and culture of Azerbaijan. There are other museums in Baku as well but those two are two of the most unique and prominent one you should definitely visit. 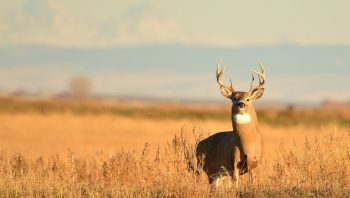 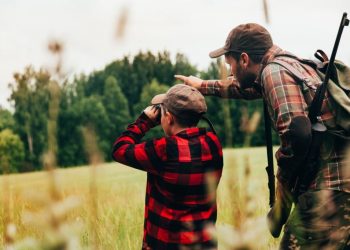