The AR-15 is fast becoming a popular deer hunting rifle; its exploits in the hunting world are not going unnoticed as more and more people are paying attention now. But how is this rifle special? What does it do differently from the other common rifles used in hunting? If you can get the best scope for your assault rifle, you will see why the AR-15 is doing wonders in deer hunting. 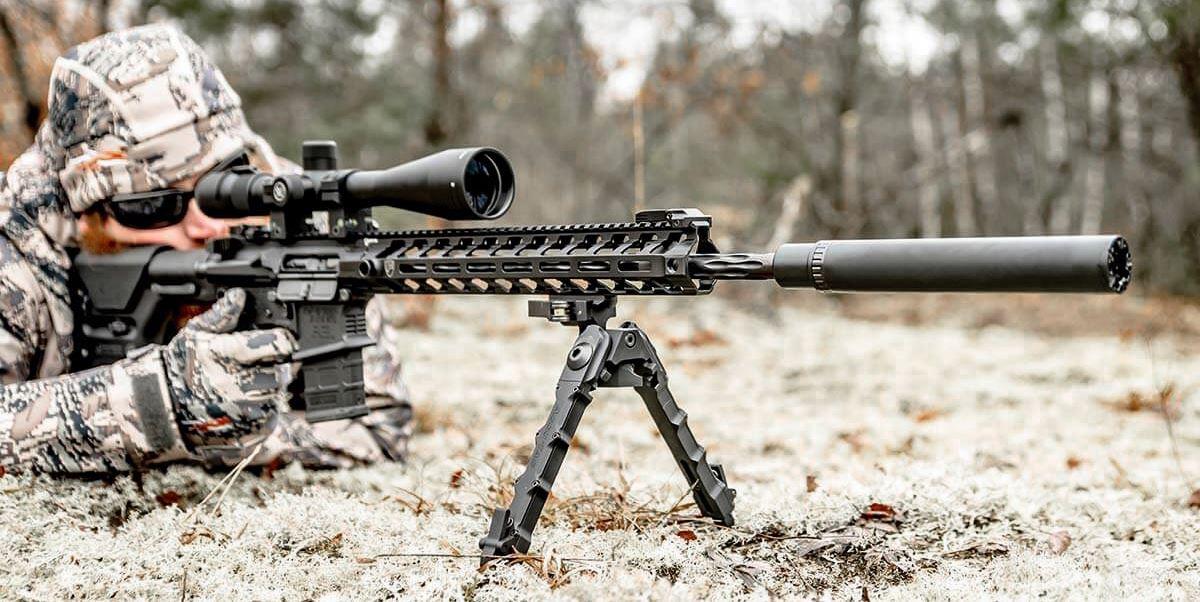 AR-15 is associated with being versatile, with high accuracy, and extremely customizable to fit your needs. This makes it a valuable asset to have when hunting deer. Even its semiautomatic feature becomes valuable in certain scenarios.

Even though the AR-15 does not “look” like a typical hunting rifle and it doesn’t even have to look like it, its adaptability and customizable features make it a superb deer hunting rifle to have.

Here are reasons why you should join the teeming users of AR-15 as a deer hunting rifle:

Easy to Move Around

One non-technical reason why the AR-15 is gaining so much popularity in hunting especially deer hunting is its build which makes it easy to move around. You can hang it on your shoulders and move around comfortably without any obstruction. This makes moving around in the bush easy as you do not have to hold it when not in use.

You know that feeling when you feel like you’ve gotten the right deer hunting rifle only to discover a single fault that becomes a deal-breaker? Well, that becomes a thing of the past with the AR-15 as most of its features are customizable. You can switch them up as much as you like till you get the best combination.

Its detachable magazine is also a great feature while hunting deer as you can safely load and unload the magazine.  Whichever way you look at it, building the perfect deer hunting rifle just got easier with the AR-15 rifle.

One of the biggest challenges AR-15 faced a couple of years ago that prevented its mass adoption as a deer hunting rifle was its bullets. Although the .450 Bushmaster and .300 blackout are decent deer hunting bullets, they can hardly be said to be one of the best.

The makers of AR-15 have since made efforts to remedy this. Taking cues from several other hunting bullets, they made the .223/5.56 ammo that is specific to hunting deer and other animals of similar size.

Lightweight, tough, reliable, and with almost no recoil, the .223/5.56 ammo for the AR-15 makes deer hunting an enjoyable experience.

While most guns will get corroded or damaged when exposed to rain, storm, or even extremely hot temperatures, the AR-15 is made with corrosion resistive materials like aluminum and polymer. Its parts are coated with nitrides and melonite that also stops the effects of water on the gun.

This way you can use the gun in the rain without any fear of rust. People in regions with high rainfall would be especially interested in guns like the AR-15 capable of working perfectly without corrosion under high humidity and rainfall.

The AR-15 is one of the most popular guns of all time and rightfully so due to its effectiveness. Its popularity means its ammo is easier to get and can be cheaper than most other hunting rifles.

Its popularity also means you may have already used the AR-15 before as a home defense rifle so you may not need to start learning from afresh how to use the gun when you’re switching to hunting.

It’s also quite easy to find so many tutorials on how to use the weapon for hunting on the internet.

AR-15 has become so popular for deer hunting because of its reliability, customizability, and popularity. After all, it is one of the most popular guns in the US.

As you have seen, the AR-15 doesn’t have to be for only home defense, you can employ it as a deer hunting rifle now with some little adjustment in bullet type and features.